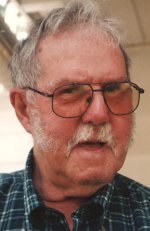 Donald Willis Griffith, 90, of Springfield, passed away Thursday November 27, 2008. He was born August 4, 1918, a son of Ray Willard and Gladys (Conrad) Griffith in Fairfield, OH.

He was a WWII Veteran where he fought in the Pacific Theater and was a double Purple Heart recipient. He worked for the Mears Heel Co. in Columbus and South Charleston and retired from Southeastern School District. He was an avid mushroom hunter and had a passion for motorcycles. Donald never knew a stranger.

Visitation will be held from 6-8PM Monday December 1, 2008 in the INGLING WILLIAMS Funeral Home, South Charleston, where service will be held 1PM Tuesday December 2, 2008 with Pastor Walter Mock officiating. Entombment to follow in the Rose Hill Burial Park.